Plethora Solutions Holdings plc (“Plethora”) is a specialty pharmaceutical company based in the United Kingdom (the “UK”). It develops and markets products for the treatment and management of urological disorders, especially in the niche segment of premature ejaculation (“PE”). Plethora is the principal investment of Regent Pacific (or the “Group”) and became a wholly-owned subsidiary of the Group following a successful all-share conditional offer in March 2016. 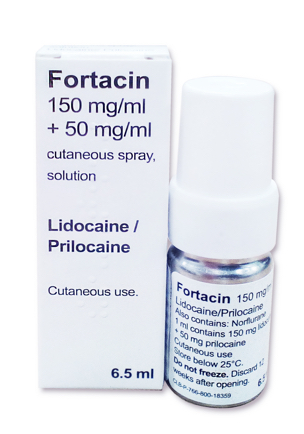 Plethora is the foremost value driver of the Group. Managed by one of the renowned scientists behind Viagra – Dr. Michael Wyllie, the Group’s Chief Scientific Officer, together with the senior management team, Plethora developed its core product Fortacin™, the first EU-approved prescription treatment for PE that does not act on the central nervous system. It is a topical spray containing low doses of two anesthetics – lidocaine and prilocaine – that takes effect almost immediately upon application, giving users more control without reducing pleasure.

Regent Pacific has out-licensed Fortacin™ to its commercial partner, Recordati S.p.A. ("Recordati"), who launched the product in Italy, Spain, France, Germany and Portugal in early 2018, the UK in early 2019 and Greece in Q4 2019. Recordati is planning to launch Fortacin™ in Romania later in 2020 and it may be rolled out in other European countries over the coming years, subject to the status of the novel coronavirus disease pandemic and the anticipated switch of Fortacin™ to “over-the-counter” status from prescription.

Wanbang Pharmaceutical is on course for submitting the investigational new drug application for clinical trial approval ("CTA") by Q3 2020, to commence clinical trials in China, meaning that the CTA could be obtained between Q4 2020 and Q1 2021, triggering, as per the terms of the licence agreement with Wanbang Pharmaceutical and announced on 3 December 2018, a payment of US$4 million to the Group.

Orient EuroPharma was granted licensing permission from the Hong Kong Department of Health – Drug Office to market and distribute Fortacin™ in Hong Kong. Also, during the year ended 31 December 2019, Orient EuroPharma was granted permission from the Macau Government – Health Bureau to market and distribute Fortacin™ in Macau. Select other territories in Asia, being Taiwan, Malaysia, Brunei, Singapore, Philippines, Thailand and Vietnam, but excluding The People’s Republic of China, are expected to grant import, distribution and licensing permission as and when the application process is satisfied for each jurisdiction over the coming months and years. Pursuant to the licence agreement with Orient EuroPpharma, the Group will be eligible to receive the remaining payments of up to US$1.15 million, excluding royalties, after achieving certain milestones related to the roll out in each market.

In parallel with the European and Asian roll-out efforts of Fortacin™, the Group has further progressed the approval process with Food and Drug Administration of the United States, with a view to completing the Phase II validation by the end of 2020, commencing Phase III work in the latter half of 2021, making a New Drug Application in the first half of 2022, giving a Prescription Drug User Fee Act date in Q1 2023.

The Group is also in discussions with potential new licensees for the distribution of Fortacin™ in other key markets including the Asia Pacific region, Middle East, Latin America, North America and sub-Sahara Africa. Regulatory approval in a majority of these markets should be secured relatively rapidly, as requirements for costly and time consuming clinical trials are negated by the approval from the European Medicines Agency.

Regent Pacific entered into its first commercialisation agreement with Recordati in September 2014 that was subsequently amended in October 2017. The commercialisation of Fortacin™ will bring to the Group important initial stage payments and then a steady stream of recurring cash flow in the years to come.

Under the terms of the Amended and Restated Licence Agreement, Regent Pacific received and will receive:

Milestones and royalties to be received

The three major forms of male sexual dysfunction are: ejaculatory dysfunction, erectile dysfunction and decreased libido. Premature ejaculation (PE) is a form of male sexual dysfunction, characterized by ejaculation that always or nearly always occurs prior to or within about one minute of vaginal penetration, or the inability to delay ejaculation on all or nearly all vaginal penetrations.
PE is possibly the most prevalent sexual dysfunction affecting 1 in every 4 men globally, regardless of age, race or geography, and an estimated greater number than erectile dysfunction. Data from the National Health and Social Life Survey have revealed a prevalence of 31 per cent of men in the United States suffer from the condition, which is fairly steady through all adult age groups. A British survey estimated this number at 14 to 31 per cent. According to the Global Study of Sexual Attitudes and Behaviors survey conducted in 29 countries in men aged 40 to 80 years in 2005, the estimated worldwide prevalence of PE was about 30 per cent.
Based on internal modeling, it is believed that the PE market will in due course be worth between US$500 million and US$3 billion per annum.